The human orgasm is a member of the following groups:
1) The twelve mucky miracles
2) 239 ways to get rock hard abs and make her scream in bed
3) The seven senses
When The Shamen sang that “Love, sex, and intelligence” were “coming on like a seventh sense”, the seventh sense they were referring to was the human orgasm, a force so primal that it can make a man’s trousers work their own way off, and walk unassisted to the laundry basket. Listen closely to this clipping from their other single, LSI, and hidden sexual sounds might become apparent.

Other songs with hidden sexual messages include:

When humans have orgasms, they shout “I love you” and walk around in circles until someone passes them a towel. And as unique and beautiful as any snowflake is the “sex face”. No two humans pull the same sex face – if you think you’ve seen two the same, one of them was faking it, because you are frigid. 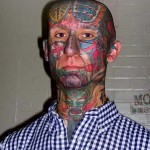 You Know You Quantum
Looking at this man, you could be forgiven for thinking he wasn’t having an orgasm at all. In fact, he’s having two! Unfortunately, they are out of phase, and the waves of ecstasy that are coursing through his body have simply cancelled each other out. The human orgasm has the properties of both a wave and a particle, in that it makes you wobble a bit – like a wave – and spunk flies out of your dick, like a particle. Also it’s a bit stringy, isn’t it? Makes you think.Theoretical physics degrees are basically massive games of soggy biscuit.

The Itchycoo Park
When an orgasm is just too beautiful, it is common for both parties to start crying. One might say “sorry did I stub your fanny”, and the other will say “no it’s not that I just glimpsed the infinite and my place in it, and I saw that my suffering was as nothing. Then I thought, well, the suffering of all those Chinese children must be as nothing, too, so fuck it, I WILL get an iPad 3.” Here, we can see Sandra is using her built-in microphone, which she is using to bellow encouraging sexual phrases such as “Fucking Nora” and “Oooooffff”. 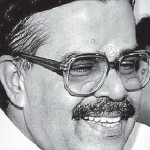 The Gentleman’s How Do You Do
This incredibly well-mannered young might seem too close, but it is all part of his unique sex face ritual. In the moments leading up to climax, he says “How do you do!” Then, realising that this isn’t a terribly sexy thing to say, he urgently adds “what you do to me, I wish I knew, if I knew how you do it me, I would do it to you”. When saying the final “you”, he dabs a little dollop of semen onto the tip of his partner’s nose, believing that this will do to her what she is doing to him.
The strongest ever orgasm was the big bang, which happened nine months before all life in the universe began.

3 thoughts on “The Human Sex Face”