Now that More Magazine has been closed, it falls to enthusiastic amateurs to give teenage ladies their sexy tips.
SHOTGUN!
1/ Cover a part of your body with a serviette. Roughly 75% of the way through your steamy sesh, whip off the serviette and say “there’s another bit for ya“.
2/ Tug at his balls with your teeth, growling. If he asks you to stop, bark enthusiastically like you think it’s a game.
3/ During your horny romp, hold a cup filled with coloured water – and try not to spill a drop!
4/ Initiate an impromptu ding-dong on the conveyor belt at the supermarket checkout. If you’re feeling super naughty, tattoo the barcode for Kellogg’s Honey Nut Crunch onto your buttock. When (if) CRUNCHY NUT FLAKES appears on the display, act like the till has said it out loud, and reply “You can get a cream for that!” then wink at the camera.
5/ Size does matter! If you discover that your fella packs less than fourteen inches, fall into a sullen melancholy, and finish yourself off with a wine bottle.
6/ Pop a clarinet reed into his dickpipe, and play him to completion!
7/ Create a sense of mysterious allure by closing your eyes! Double the compelling mystique by demanding “WHO THE HELL IS THIS?”
8/ Grab a balloon from the family-friendly world cuisine restaurant Giraffe, and allow it deflate into your sodden mum-hoop. Let your lover know you’re ready for sex by allowing the stagnant air to barrel out of your goop in a prolonged, fusty queef!
9/ Introduce a new bit of sexy clothing into the bedroom. Three words: crotchless oilskin sou’westers.
10/ Get retro! Hurl a palmful of centimetre cubes into his face mid-climax, and say “Mister! You’re spunking big pixels into my bidoof” 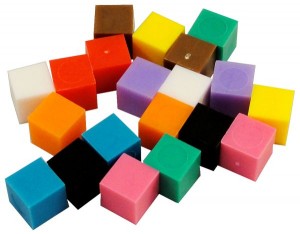 11/ Lie flat on your back, and let him use your body as the location for an exciting Warhammer tabletop skirmish. Don’t ruin it by bouncing your tummy up and down and saying it’s an Earthquake – it’s not funny it’s stupid stop it.
12/ Involve yourself in his fantasies! When he’s having a wank, run in with a bone-chilling battlecry and try to land on his dick!
13/ Learn his intimate secrets by rooting around in his internet history and saying you’ll tell the police if he doesn’t see a psychologist!
14/ Add a little exotic spice into your love life by slapping your hand over your open mouth to make a popping sound, and whispering “Ooga Booga” into his ear when he leans in for a kiss.
15/ Don’t be afraid to laugh in the bedroom – pop a “Family Guy In Your Pocket” key-ring into your vajongloid and generate chuckle convulsions on every thrust of his pee-wee!

Five Quick-Fire Tips for Girls in a Hurry!
1/ Cup the balls and work the shaft
2/ Jam a knuckle into the taint
3/ Thump your forehead against his choad
4/ Wank him off behind a butler
5/ Explode his groin with focussed sunlight

16/ Break some taboos! Finger a strip of raw veal into his arsehole.
17/ Indulge in some kinky power-play by sporting a 10 inch strap-on, and drafting legislation that restricts his free speech in a state of national emergency.
18/ Bored of the bedroom? Add a little archaic flavour to your repertoire by cramming half a dozen wangs into your plap in the scullery. Don’t get your Labi Siffre snagged in the mangle!
19/ No condoms? Slide an empty can of beans into your mouth for a imperfect but effective dental dam.
20/ Why not leave the beans in the tin? It’ll be like he’s tooting some breakfasty guts.
21/ Tired? Let plate tectonics do all the hard work! Lie across your favourite fault line, and wait millenia for the earth’s shifting crust to contort your naked bodies into every sex position known to geography.
22/ Get closer to nature by placing a beetle in your hair.
23/ Try out one of our Positions of the Fortnight! We call this one “A Wanking Pink Guy” 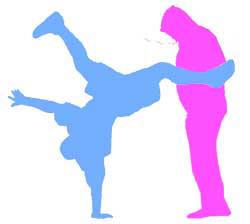 24/ They say the way to a man’s heart is through his stomach. This couldn’t be more wrong! The way to a man’s heart is out of his winkle and onto a tea towel.
25/ A well-placed skateboard can create the sexy illusion that you are floating, gliding, and accelerating down a hill.
26/ Before foreplay, warm a boob on the radiator.
27/ As Fleetwood Mac said: tell me lies, tell me sweet little lies, tell me lies (tell me tell me lies). They would have been alarmed to hear Charles and Eddie sing Would I lie to you baby?, as the implication from the way the question was put was that it was a rhetorical question, and the pre-ordained answer was  an emphatic “no!”
Now imagine Fleetwood Mac’s relief when Meatloaf walks in, singing I Would Lie For You! And then the relief gives way to confusion when he adds (And That’s A Fact). And a couple of seconds later, Fleetwood Mac realised that it wasn’t a paradox at all, and the two statements are very easily reconciled. The moral of the story is: Fleetwood Mac and Meatloaf immediately went on to do it (sex).
28/ Kiss him on the shins, and keep going until he suggests you do something else, or asks you to stop.
29/ Add a bit of European flavour to your lovemaking by whacking snails across a work surface with a boiled sausage.
We can’t let the vital sex tips industry die. Have you got any sizzling sex attacks that you employ on the genitals of your partner?