Roger Helmer MEP looked out of the hotel window. “It’s raining,” he laughed. His finger was hooked through one of his belt loops. It was scratching at an area close enough to the outline of his toadstool bell-end to drag my gaze towards it. “That’s one in the eye for those global warming buffoons. Warm rain? Whatever next? Hot clouds? It just doesn’t add up.”
He licked his lips with his short tongue. The dampness did nothing to alleviate the light chapping he’d received earlier that day, when his face became briefly stuck in a Dyson Airblade. But the licking was instinctive, and difficult to resist.  “It rained once on a Gay Pride march,” he remembers fondly. “That was a satisfying day. It disproved global warming, as every raincloud does, and it also let homosexuals know what God thought of their so-called human rights”
He rested his forehead against the window, and his top lip retreated across his teeth and towards his nose. He champed thoughtfully on his bottom lip, with a common-sense attitude lacking in so many elected public representatives. Helmer’s natural ease is bewitching, especially when hauling the svelte bulk of his torso into a new position contracts his windpipe, producing an elegant, involuntary hoot. 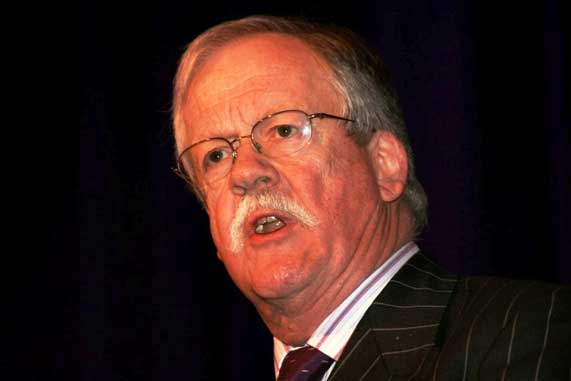 He licked his lips more aggressively, frustrated. It had been an ugly and entirely unnecessary scene in the Baker Street gents. It began when his $30,000 Breuget watch slipped off his wrist and into the Airblade device, and he had reacted on a compellingly feral level by chasing it in with his face. “My hands were wet, you see,” he explained, raising his palms, without taking his forehead from the window or turning to face me. “What was I supposed to do?” He planted his hands on the window, as though to show the world that his well-meaning intentions were irrelevent.
It is important, before we go on, that you understand that there is no way a human head could fit inside a Dyson Airblade. That Roger Helmer MEP managed it, and remained there for some minutes, speaks to his beguiling stubbornness, and the way he modestly declines to use reality to guide his actions.
Sadly, the stresses of the day had taken their toll on Helmer’s trousers and underwear, which fell to the floor. Clearly happy with the position of his hands and forehead, he tried to shimmy them back up with his hips. The motion, however, caused his penis to swing around in a wild helicoptering motion. It split the air tunefully, like a clarinet reed, creating a mournful minor third with the melodic hooting from his neck.
I have heard it said that all that is necessary for the triumph of evil, is that good men do nothing. Eager not to simply stand by, I approached Helmer, and my attempts to lift his trousers quickly developed into a conversational back and forth with his relentlessly circulating buttocks. 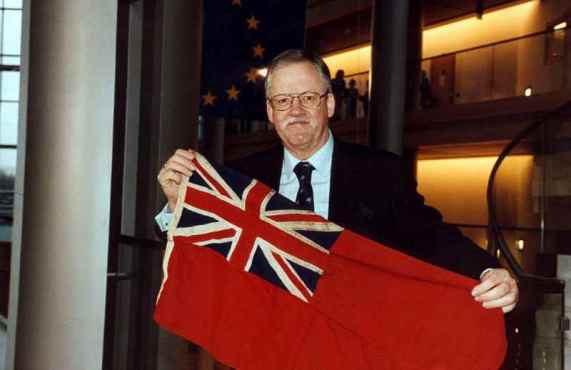 There is a discipline in Wing Chun Kung Fu called Sticky Hands, in which sparring partners fight with their upper body at close quarters, never breaking contact. Helmer’s rear end is a natural and formidable opponent. In fact, the effortlessness with which they predicted and parried my attempts to lift his trousers makes me certain that Roger Helmer MEP’s buttocks are more than passingly familiar with Sticky Hands. Certainly, the thick, appealing mucus that coated my hands and face after two minutes convinced me that Helmer was at least aware of the double entendre.
Helmer looked back at me. His dignified, lipless smile puckered like a highwayman’s pouch, and his eyes darted in opposing directions as he spattered the room with a brilliant, effervescent foam. “I’m leaving the Conservative Party to join the UK Independence Party,” he mouthed, and what followed was nine hours of what I can only describe as room service. I won’t go into detail, but I will tell you this: Roger Helmer MEP is a man who orders dessert at the same time as starters and mains. By which I mean he came in my arse, face and belly button.
If you want to know more about Roger Helmer MEP, please visit his website.

2 thoughts on “One Night With Roger Helmer MEP”